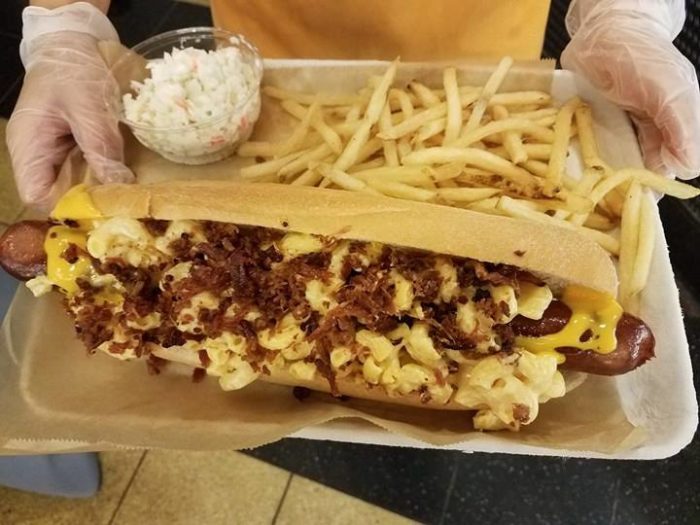 This is one of the many Disney secrets that all the Disney fans swear to uncover one by one. If you have a small child, it is also one of those small things that will likely perk up your child and really add to your Disney experience. So since I was covering the Disney’s All-Star Movies resort (check it out here), I feel obligated to share the secret menu that you can find at its food court, the World Premiere food court.

How to get the secret menu

So what you need to do once you’re in the World Premiere food court, is go talk to one of the cast members and asked them for the secret menu. They’re going to talk to the manager who’s going to bring out this silver metal suitcase. So mysterious! 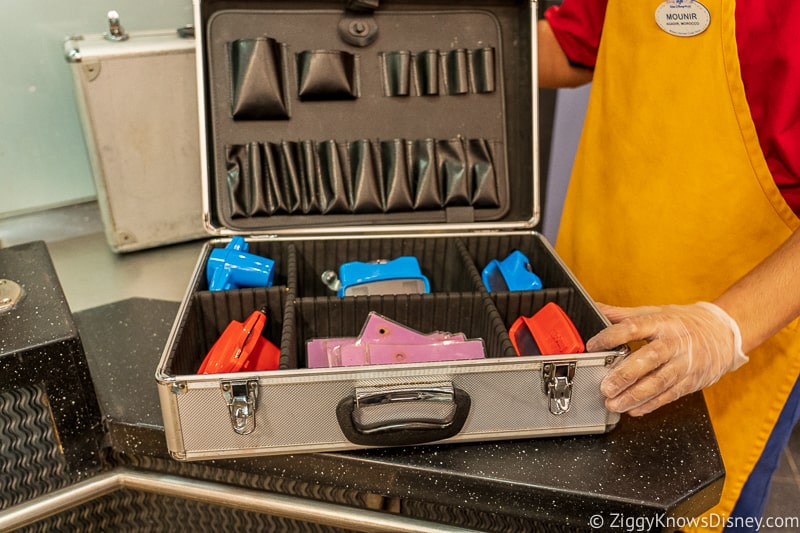 The manager is going to open up the suitcase and give you a viewfinder from the suitcase. When you look through the viewfinder you will see the three secret menu items listed.

So the three items are a Macaroni-and-cheese hotdog, a poutine, and last but not least a cinnamon roll hamburger.

The mac & cheese hotdog is really really good and gets rave reviews from a lot of people. It’s essentially a foot-long with macaroni and cheese on top and bacon bits. This dish comes with a side of fries and coleslaw. 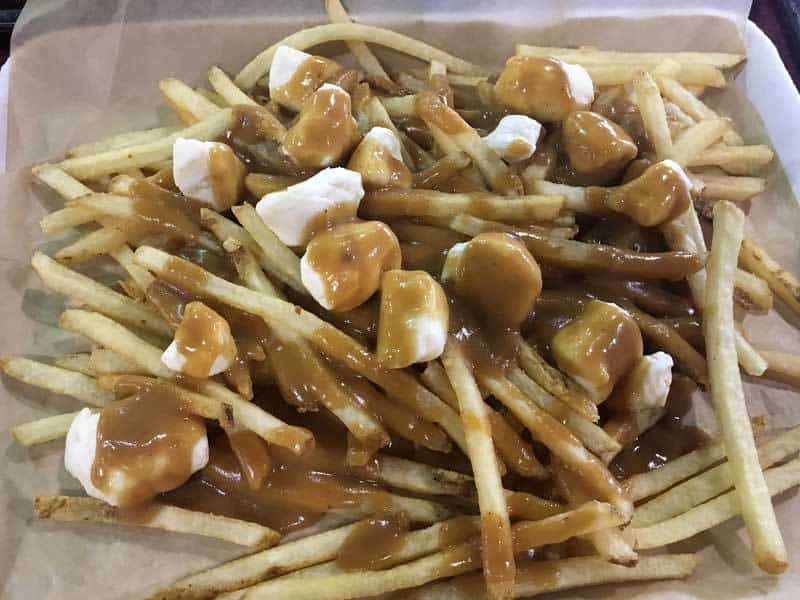 If you ordered a poutine fries which by the way is a really big portion, it will come with cheese curds and gravy. The poutine’s taste is not anything special compared to what you would typically expect if you order the same from other restaurants.

Now the cinnamon roll burger is more than just a bit interesting. Most people would never have thought of such a combination to start with. To mix something sweet and savory together is always very risky. I am certainly one of the skeptical ones. 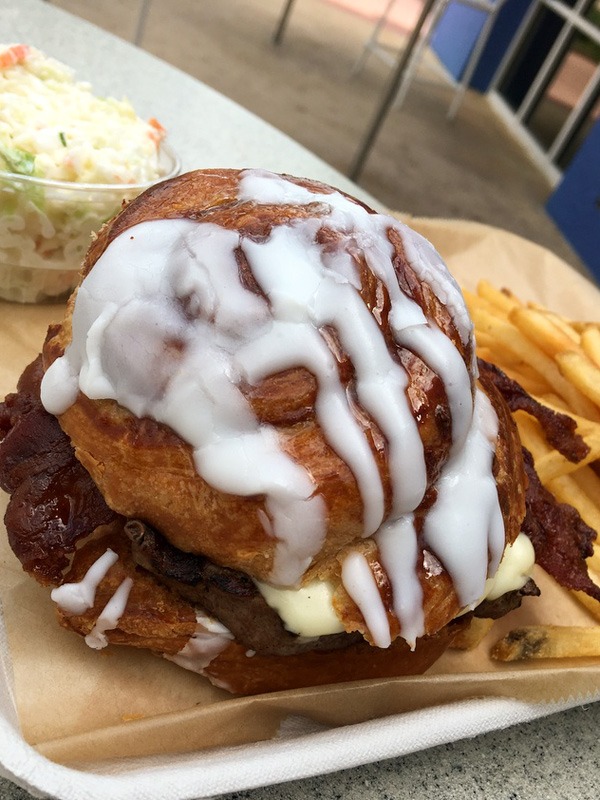 What they’ve done here is actually using a warm Cinnamon roll (with icing no less) as the bun and inside you’re going to find bacon and melted cheese. The 2 very different flavours happen to mix extremely well together making this quite yummy.  This dish is also served with a side of fries and coleslaw.

I forgot to mention once you consider the fries and coleslaw both the mac and cheese hotdog and the cinnamon bacon hamburger are pretty big portion. So unless you have a big party, you may not really want to order all three of the secret menu items. In fact, the prices for each of the secret menu items are only a couple dollars more than what you might expect from ordering similar items the regular resort food court menu, but they are significantly larger portion. So that it makes these a pretty decent deal.

All in all I would say for both the novelty and the decent portion sizing, you should definitely check out the secret menu the next time you are around the All-Star Movies Resort in Walt Disney World.