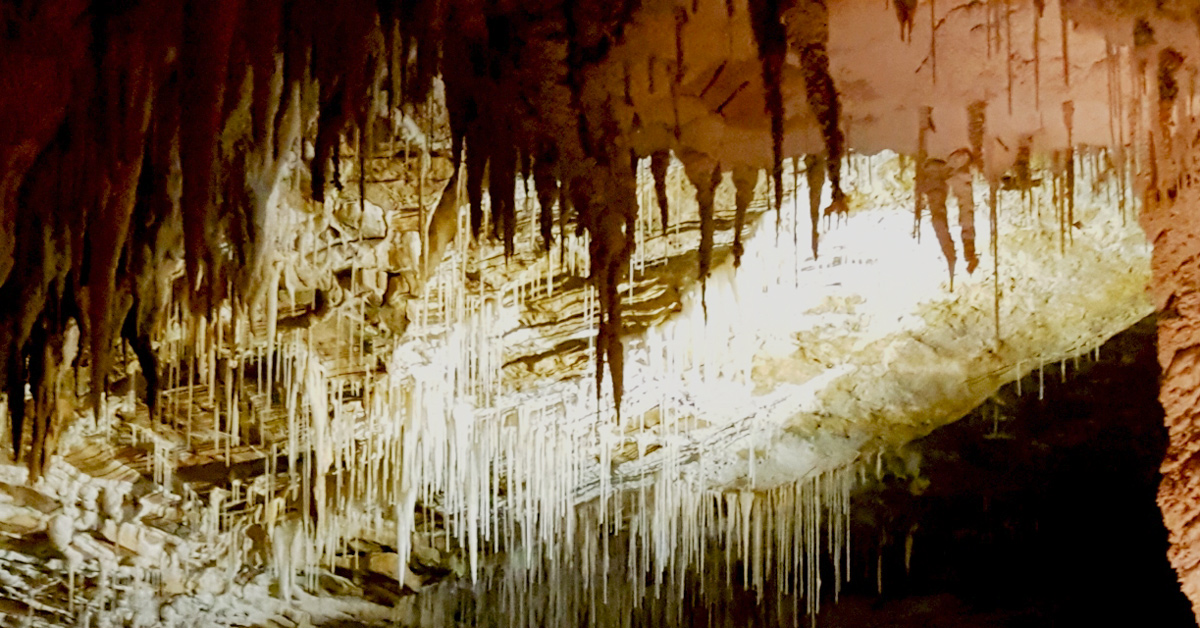 A visit to the Waitomo to see the glow worm caves were easily one of the highlights of our New Zealand itinerary. We felt like we truly went to a whole different world! The kids enjoyed seeing the variety of stalagmites and rock formations … and of course, the incredible little glow-worm stars that lit up the cave ceilings!

Waitomo is about 200km south of Auckland, just under 3 hours driving. My best friend Google told us that there were a couple of good restaurants right outside the cave area, so we hired our car first thing in the morning in Auckland our first road trip in the southern hemisphere. Driving on the left side of the road was a little nerve-wracking in the city, especially when making turns, but once we were on the highway, it was pretty easy to get used to it (just follow the car in front of you!). We ended up having lunch at Huhu Cafe just 5 minutes from the caves. Friendly service, casual seating, it was the perfect place to stretch out the legs while we refueled our stomachs after a long drive.

About the Waitomo Caves

We decided that after a 3-hour drive to start with the longer tour first, the Ruakuri Caves. We got there a little early, so the tour started with sitting in a little waiting area (a couple of lawn chairs) and getting to know the other tour members a little. Eventually the tour guide arrived and took us down a path into a little hole that led to a deep spiral stair case to take you into the cave. I’ll skip to the chase … the cave was amazing. There were so many different rock formations to see, each beautiful in their own different ways. From stalagmites to stalactites and columns to formations that looked like wavy blankets, all four of us were fascinated by the experience. Case in point – the tour is a 2 hours long walking tour. Not once did we ever hear the dreaded words “I’m bored” or “I’m tired” from the kids. Especially for Cady – that is no small feat! The coolest part of the tour was – of course – the glow worms themselves. We were able to stop in a couple of places where the lights were dimmed, or one part – turned completely off – for us to see the beauty of the glow worms. In complete darkness, it was really like experiencing being underneath a starry night sky. But with this tour – there is more! We were able to see the worms in the light as well – up to even a few inches away (but no touching!).

Another benefit of exploring the Ruakuri Cave experience vs. the Waitomo Glowworm Cave was that here, you are allowed to take pictures.  Unfortunately it took me to the nearly the end of the tour to realize that my Samsung phone was able to take better photos in low light than my old Canon SLR, so a lot of the photos were dark or blurry.All in all, the Ruakuri Cave was a wonderful experience and a highlight of our New Zealand itinerary.  The cave was beautiful, we were able to see the glow worms both in the dark and up close, and the tour guide was knowledgeable and friendly.  Highly recommended!!

After the Ruakuri Cave, we visited the more famous cave, the Waitomo Glowworm Cave –  I’ll be honest – it was a big letdown after what we just experienced.  The Glowworm Caves is simply put – the Disneyland version of the glowworm cave experience, and not in a good way.  People came to these caves in bus loads, forming long queues and waiting areas to start the tour.  Where the Ruakuri tour had maybe 20 people in the group, the Cave tour had multiple groups of easily 50 people.  You were then ushered through some unmemorable caves to finally get to the main attraction – a boat ride to see the glow worms that lasted… all of 5 minutes, if even that.

The TLDR on Waitomo Caves

Seeing the glow worm caves at Waitomo was a highlight of our trip and definitely worth the drive – but make sure you include and take the time to experience the Ruakuri Cave instead of only doing the more famous Waitomo Glowworm Cave.